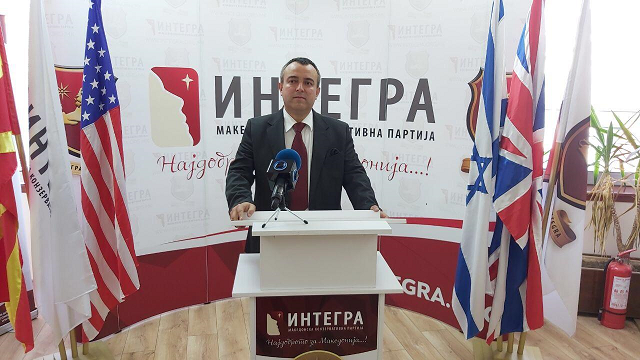 Nikolce Talevski (INTEGRATION): THE GOVERNMENT FALLS ON THE EXAM WITH THE CORON

We are leading the conversation in a time of pandemic, an extremely unfavorable period for all of us, a period of restrictions, fears and unfortunately divisions among the population. The elections have been postponed indefinitely, for a start, I would like to ask you how, in your opinion, this delay will affect the whole process, but also the possible results?

First of all, I would like to express my gratitude for your interest in the position of INTEGRA MACEDONIAN CONSERVATIVE PARTY and of course my personal position as a person who is responsible for the Fifth Constituency and for Bitola.
I would start with your population division section. Unfortunately, this is the case, but for the past 30 years it has been a recognizable mark of the two authorities that changed at this moment of “division”, and now that they have a moment of pandemic, they do not know otherwise. I would like to continue with the restriction – to have restriction of movement and contacts but no restriction in local tenders, dubious public procurement, unfavorable loans, non-compliance with laws and many other restrictions that are in conflict with the laws in Macedonia. I would say that the fear applies to select citizens who do not like the current sets and they should be donors to the budget through fines, and the fear in some parts where the state unfortunately does not seem to have power is still something that scares the government, not those who oppose it with disobedience.
Regarding the elections, I would say that the delay after the virus can only have a positive sign. This may sound optimistic, but I always try to make optimism my guide, so I will say that anyone who wants to profit from the plight of the Macedonian was a loser. This incompetent government, even without a parliament, is working against its own, and therefore the punishment in the upcoming elections, whenever it is, will be delivered to anyone who for these 30 years only inflicts divisions, restrictions, fear, and I would add robbery to my people.

Although it is a period of pandemic and limitation, does INTEGRATION have activities during this period?

INTEGRATED MACEDONIAN CONSERVATIVE PARTY There is no delay in this period. The stalemate is that the party has completely stopped its election activities in accordance with the law on the promotion of electoral moments that are punishable, and we fully respect that. Macedonia must respect the laws, but INTEGRA does not intend to distance itself from its own and therefore daily proposes measures from plan 144 for the good of the Macedonian, selflessly and we propose to the Government whether it listened or not, we hear what are the sufferings of all who are part of Macedonia and we encourage them to endure because the light is at the end of the tunnel. This blackness will stop, Macedonia will not have such political madness, and the future of the Macedonian will be stable, proud and without the need for anyone to feel sorry for him. Our activities are summarized to be the best for Macedonia after this pandemic.
The government does not bombard us with information every day and adopts measures that some agree with and some do not. What is your assessment, did the Technical Government cope with this period or did it fail the exam?

I would start with an affirmative answer, so I would answer. This government failed the exam. How could it not fall, when behind them are the leaders who with their alliance have done the greatest evil to the Macedonian, this government is an alliance of the past that has ravaged Macedonia for 30 years. That is why even today measures are taken against the poor Macedonian, his spine is bent, health is completely destroyed, the farmer, the gardener is beaten, livestock and poultry are destroyed and in a word the SOCIAL is increasing every day, which unfortunately, in front of the home of Zaev and Mickoski beg her for a kilo of flour and a liter of cooking oil. These are the measures that should have made progress in 30 years, and if there were elections until a few days ago, they would be their song trailer.

The state budget is in poor condition, measures are being proposed to help the private sector, which according to small and medium enterprises are not enough. Dismissals are announced in several sectors. In your estimation, what will be the consequences for the economy and can all this be kept under control with the announced borrowings?

We see that no matter how much we borrow, the previous robberies are bigger. The devastation they have left behind is synonymous with how no country should treat its country. Today, the economy is collapsing, sustainability is at a minimum, and all this has been acknowledged by the government. Small and medium-sized businesses can’t stand it because of the previous continuous racketeering and fear. But lest the Libertarian model we are proposing be black and white in combination with the Zahi policy, I am 100% convinced that it will turn the economic field around. Everyone will work for a rich life, everyone will have according to what has been done, no one will be blackmailed by local sheriffs, and in the end the most important thing is for the officials to give up their discretionary powers in the interest of their people. This sounds like something that sounds good, but we know how to make it happen. With this model of libertarian view, the state will be a shoulder to help the economy and anyone who knows how to do business will be the engine of 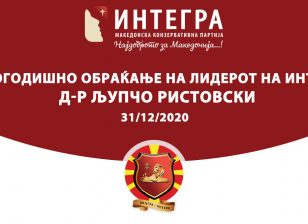 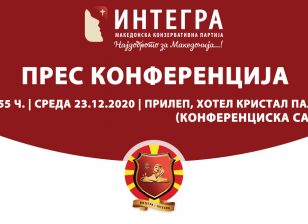