Article 1
INTEGRA – MACEDONIAN CONSERVATIVE PARTY, abbreviated name INTEGRA, (hereinafter INTEGRA) is a political party, which operates on the territory of other persons who act on the basis of other members of the Republic of Macedonia, in accordance with the Program adult citizens.
Name for International Correspondence English translation is:
INTEGRA – MACEDONIAN CONSERVATIVE PARTY.

– Flag of the party 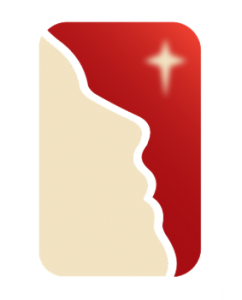 * A rectangular shape in which in two colors cream and burgundy red is the profile of a man who symbolizes the individual, with a focused look at the star Denica, as a symbol of the timeless need of each individual for freedom and the birth of something new. 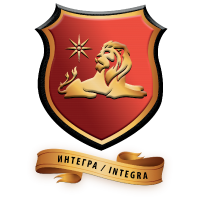 The coat of arms is a designer stylized replica of the Paeonian coin *. The Eightfold Sun is a stylized representation of Ezekiel’s Throne 10: 9-14 (Bible, Old Testament), describing the four-wheeled cherubs and one in an environment that seems to be in all four. One of the faces of the cherubim is a lion. The lion and the sun are traditional Macedonian symbols.

* Paeonian bronze coin (278-250 BC during the reign of King Leon) from the NBRM numismatic collection – Stylized head and lion’s body, modernly designed, facing backwards in a sun-shaped circle, translated into a modern graphic design solution. 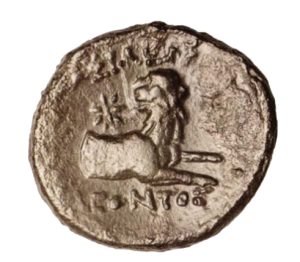 – Anthem of the party: Mother Macedonia

Article 3
The party has its headquarters in Skopje on Jablanica Street 101 A.

Article 5
INTEGRA is represented by the President of the party –
Dr. Ljupco Ristovski with Address of Residence: Jablanica 101 A – EMBG 0206966450042 issued by the Ministry of Interior of the Republic of Macedonia.

Article 5a
Persons responsible for the material and financial operations of the party are:
– Secretary General Zoran Risteski EMBG 2411980450179, with residential address: Blvd. Jane Sandanski 37 / 2-7, Skopje.

Article 6
The program vision and political goals of INTEGRA are:

– Macedonia – in the zone of the so-called “Full” democracy,

– Macedonia – in the circle of prosperous nations,

– Macedonia – with twice as high standard of living for two election cycles,

– Macedonia – a society of happy and satisfied citizens.

INTEGRATION – The Macedonian Conservative Party has set the following 9 (nine) goals as part of the project for regeneration of the Macedonian nation and state, the new political vision “METANOJA”:

1. The highest individual on the social ladder, the whole political system to pulsate in her name and at her expense. But also the appropriate treatment of each person according to his abilities and capabilities.
2. To put the state and the political establishment in “stealth mode”
(invisible to the public) and to remove the halo of “stars” from the political elites.
3. Rapid regeneration of the economy by targeting the components of prosperity: material wealth and the creation of new added value through high stages of product finalization and new technological solutions, expressed through strong GDP growth and sustainable development, then health and education; focus on small and medium enterprises, full energy independence, revitalization of the Macedonian village, investment boom in tourism (free spa zones, health tourism zones, ethno-settlement zones, zones for modern neighborhoods for the elderly); ZAHEJ project for the return of several billion dollars that have been presented in various destinations in the past 27 years, establishment of the Macedonian Investment Fund (MAIN – Macedonian Investments) and re-investment of returned funds, first in vouchers for all adult citizens over 18 up to one third of the proceeds from the project (apology to the nation for criminal privatization and the endless transition according to the model “from the people – for the people”); second, transformation of capital investments, following the model of private-public partnership in mega equity funds (high-speed railway, hydropower plants, solar reserves, wind farms, rapid gasification, infrastructural connection of key urban centers in Macedonia, new technological and anti-pollution solutions technological production solutions), as well as the transformation of subsidies into a mini equity fund